Entebbe: the chilled-out introduction to Uganda | 26 Degrees South
They used to make movies about Entebbe. Three hours outside the city you are reminded why. Up the side of a valley and around a hairpin bend lies the burned-out shell of the Air France jet hijacked in 1976 and flown to Entebbe.

The metal ruin is all that remains of the plane after Israeli troops raided the it on the tarmac of Entebbe Airport to free the hostages. Some say an unknown businessman had plans to turn the wreck into a restaurant.

An aerial view of Entebbe and its airport, lying on a peninsula into Lake Victoria. (Image: Niranjanoak, CC BY-SA 3.0, via Wikimedia Commons)

But that’s on the potholed dirt road to Bwindi, 10 hours away. Here you can explore the Impenetrable Forest, home to half of the world’s remaining mountain gorillas. Uganda is lush and crawling, hopping and fluttering with life. 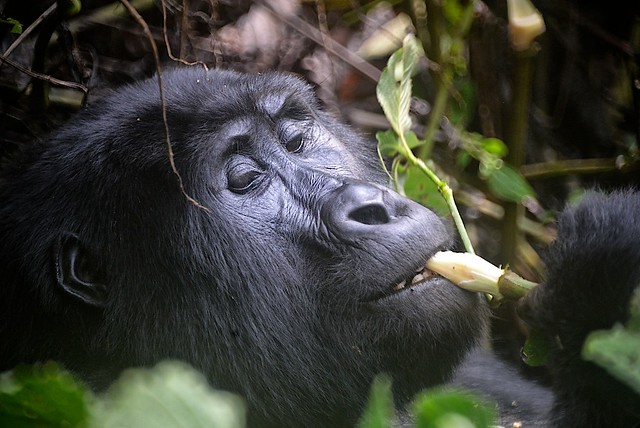 Set up in 1952 by the British colonial government and now funded by the World Bank, the centre has evolved from an orphanage for abandoned young animals to a respected conservation institute for endangered and vulnerable species. 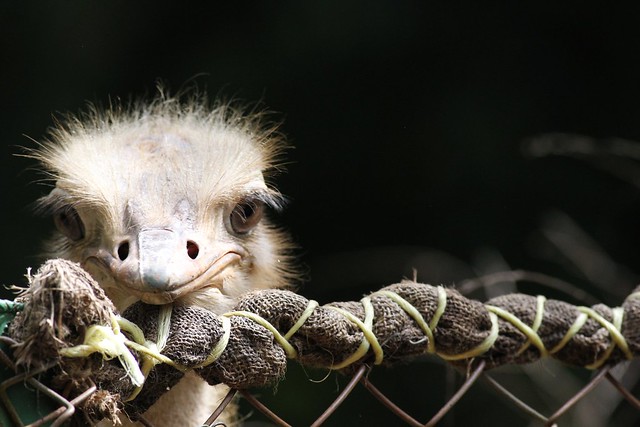 An ostrich at the Uganda Wildlife Education Centre in Entebbe. (Image: Ville, CC BY-ND 2.0, via Flickr)

Entebbe is the laid-back alternative to Kampala, Uganda’s capital Enjoy the same dense steamy forests, snow-peaked mountains and lustrous lakes as you would anywhere in this “pearl of Africa” as Winston Churchill once dubbed the country.

Entebbe is not as hurried as Kampala. The bustle is more laidback and the citizens more friendly. Find a bar in downtown Entebbe to sip waragi (Uganda’s sweet banana gin) and let the city work its magic. Stop to enjoy the unavoidable charm, the non-stop pageant of sound, colour and life that is Uganda’s second city. 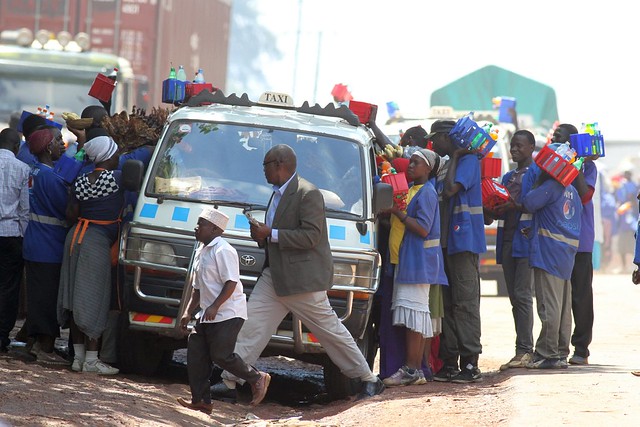 Street traders crows around a minibus taxi to sell their wares to Entebbe commuters. (Image: Ville, CC BY-ND 2.0, via Flickr)

Locals claim that Entebbe’s National Botanical Gardens were filmed as wild African jungle in the early Tarzan movies. Whether the thickets of rainforest hosted Johnny Weissmuller or not, the gardens, laid out by the British colonial powers in 1898, are home to 115 different species of bird life.

If you grow weary of the safari experience and city life catch the ferry to one of the 84 Ssese Islands – green jewels in the crystal clear, placid waters of Lake Victoria. The islands are a sleepy chain of intoxicating views, white sand beaches and sunsets that set the horizon ablaze. Wander the lush forests, watch the abundant wildlife and enjoy the fresh local cuisine at one of the beach-side restaurants.

Thirty minutes by speedboat from Entebbe is Bugala Island. Bugala is best enjoyed from a hammock, with a book, as you watch canoes glide on the mirror-calm lake.